A Personal Appeal for #IStandWithThomasPeters

Nearly four months ago -- just three months after his wedding day -- my dear friend Thomas Peters was left in critical condition after a swimming accident.

It is hard to relive that night: the quiet terror in his wife Natalie's voice as she called with the news. The snatches at sleep, knowing that I may be called up to Baltimore at any minute. That long wait in the hospital, pacing around the building with Natalie, going over what happened, and what the doctor said -- not daring to ask if he'll make it through the night.

The waiting room has on its wall huge red clocks, that count the seconds -- as if every second wasn't already counted with the incredible beating of our hearts. We sat, we prayed, we watched, we tried to get cell reception to update the family, 800 miles away. At 5 a.m. we were stunned to hear he was awake! Natalie and I went straight to his room, and found him dozing, in a neck brace, with a breathing tube, and his nurse, M. (a superhero of the real world if ever I've seen one!) checking his stats, and adjusting his medications. M. filled us in on the basics, and reviewed medical questions, and then turned conversational.

"How long have you been married?" she asked.

Natalie, with calm, and a radiant little smile, looked up at her and said "Almost three months!"


Four months later, and Thomas and Natalie are finally home. Thomas' neck is healed, and he is working to regain mobility and function in his fingers, his legs and feet. You can read his powerful reflection on his journey thus far and on what is to come: “Reflections on my time away".)


Thomas has always been a vocal advocate for life, marriage, and the faith in the public sphere. Still, leading up to the wedding it was the punchline to a couple toasts, saying that the best thing Thomas ever did for marriage was get married. But it is true. Rather, all of Thomas' public work -- valuable as it is -- is nothing compared to the witness of his and Natalie's life.

No two people have so powerfully shown me the incredible grace of the sacrament of marriage. Seeing them bear such incredible pain and sorrow with joy, gratitude, and love is simply astounding. Their willing, joyful "yes" on their wedding day has turned into a hard, but grace-filled and thankful fiat mihi. A "yes" that is lived through incredible trials, every moment of every day. A "yes" that blossoms and gives life, because it is a "yes" to Christ.

Today you will see in many places online appeals to "Stand with Thomas Peters" through prayer and financial support. Their need is great (recovery for this kind of injury is very expensive, no matter how exhaustive your insurance plan) and the optimal window for Thomas' recovery is growing small.

I add to that my own, personal appeal that you pray for these two dear, wonderful people, that they may joyfully carry Christ's cross, and set the world on fire with love for Him, through the witness of their love for each other. Fiat mihi! 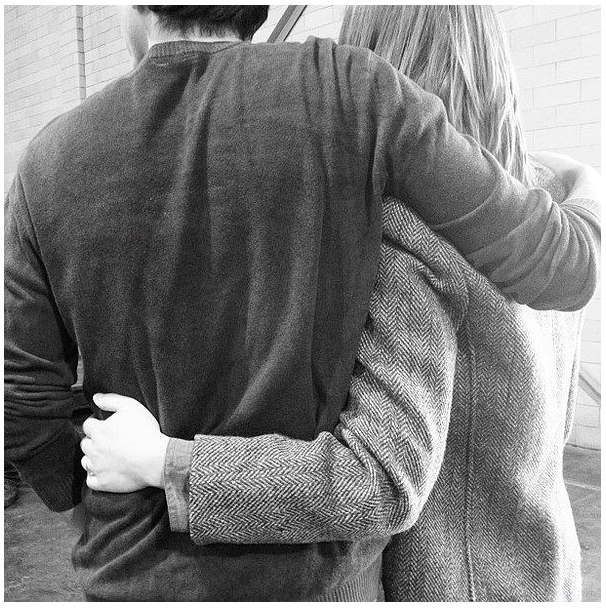