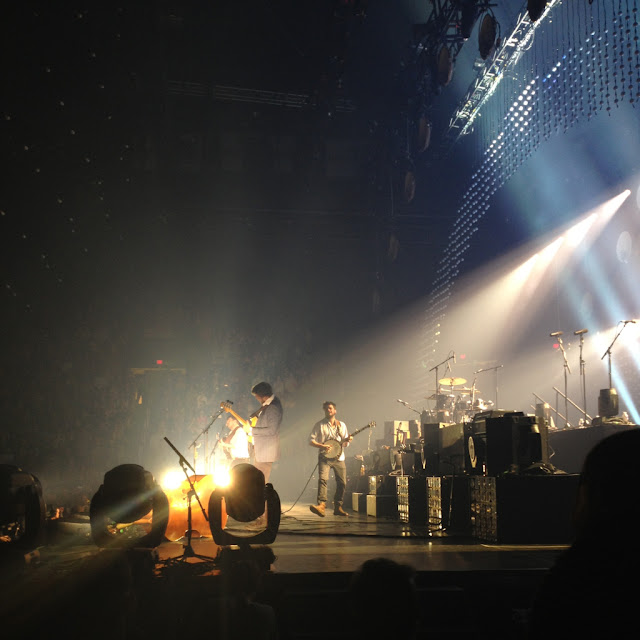 Last week JM and I went to the Mumford and Sons concert at the Patriot Center. And it was awesome. We got the tickets super last minute, and apparently that is the best way to do concerts, because our seats were literally in the VIP section. We were in the second row. (Though, for a stadium show, there really isn't a bad seat in the Patriot Center). It was perfect: we could see everything, hear everything. 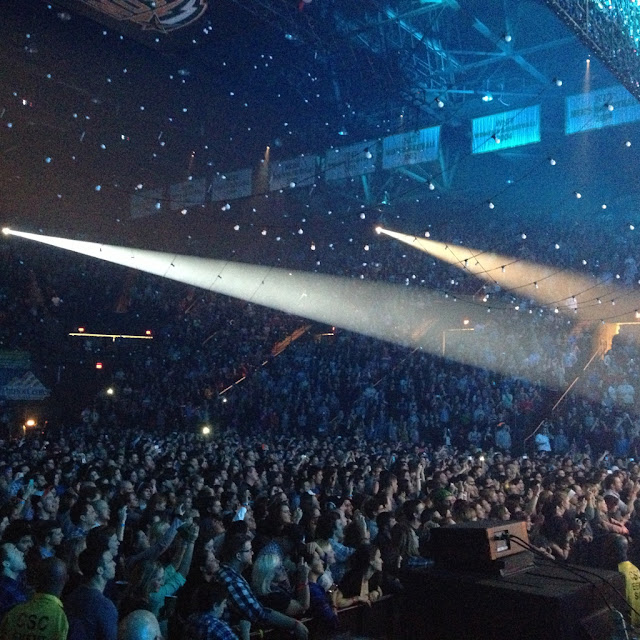 Mumford is really really fantastic live. They are fine musicians and have so much energy and passion. Plus a lot of their musical tricks that come off as repetitive in their albums are actually made for the live stage. The crowd was enthusiastic, of course, and sang and danced in their seats (and we didn't sit at all during the concert). Here are two seven-second videos: I Will Wait // Hand and Heart 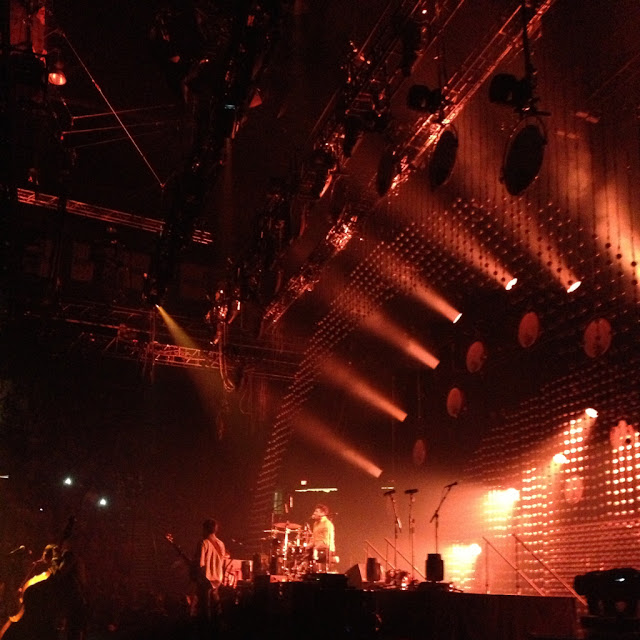 One of their final numbers from the main show was the one I always call "The Accuser" but is actually called "Broken Crown" and they went crazy -- just this side of frantic with a raw energy that propelled it further and further into hard rock but they were all the while in perfect control. Hard and rough and wild and thrilling. It was just awesome. 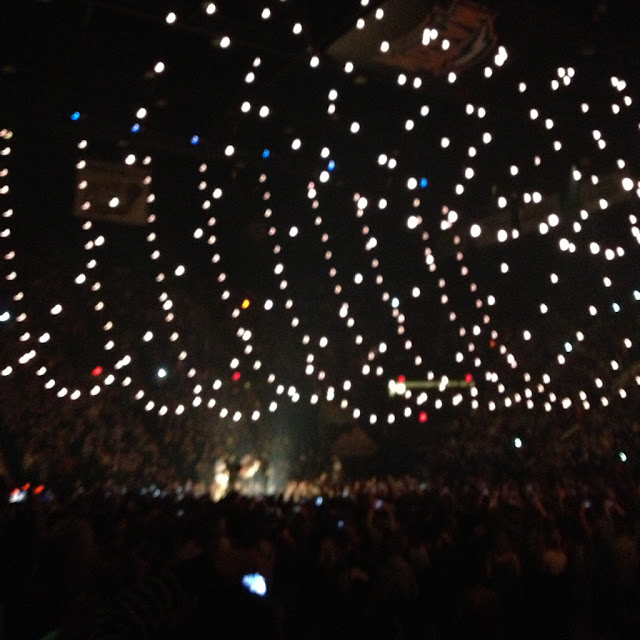 For their encore, they went to a little stage in the middle of the stadium floor, and sang two accapella numbers ("Sister" was one; I forget the other), with tight harmonies and they were just beautiful. Then a return to the stage for "Roll Away Your Stone" and then closing with (and it was just so great) The Weight, by The Band. 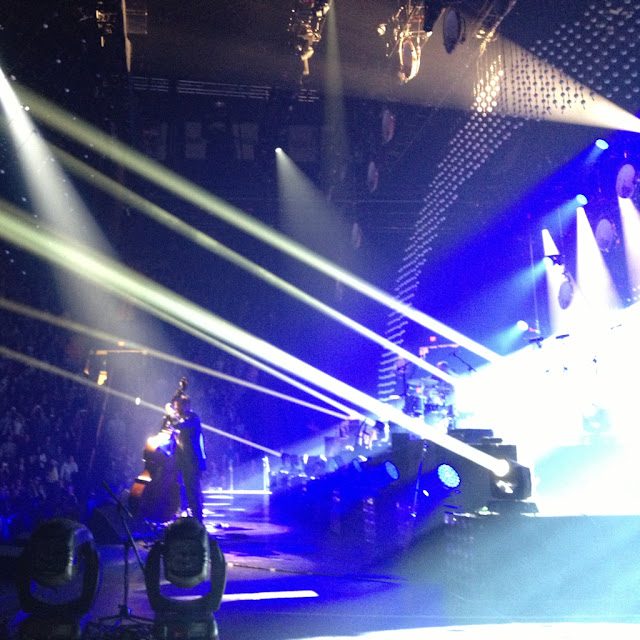