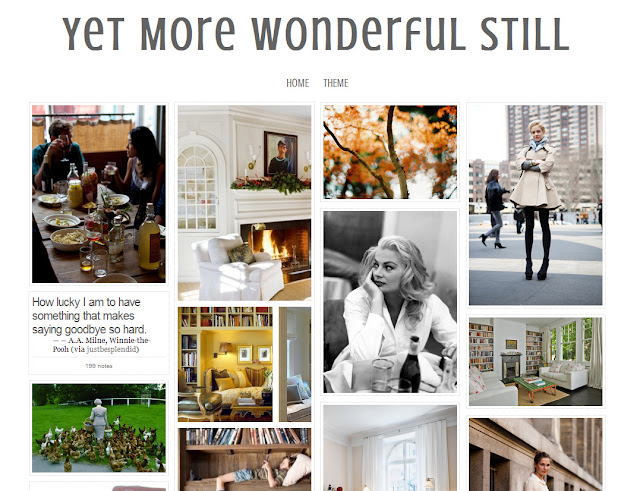 Have I mentioned that I am on tumblr (above) and pinterest (below)?  I've been playing with both of them the last couple weeks, trying to decide which I like better as an archive of images and recipes and DIY and so forth. And I can't really decide which I want to carry on.  On the one hand, pinterest is very convenient, and I can organize everything into boards of any theme.  On the other hand, tumblr looks so much cooler.  I love the daily visual change of my site of a new image with the ones already posted.

They both have good internal communities, and lots of creativity and flexibility.  I think pinterest will win out in the end, because of the organizational aspect.  But, well, I'll keep playing for a while, and see.

Are you on either sites?  Let me know so I can follow you!

PS. My tumblr is named for my very favorite line in all of Shakespeare.  Anyone know which play and who's the speaker? 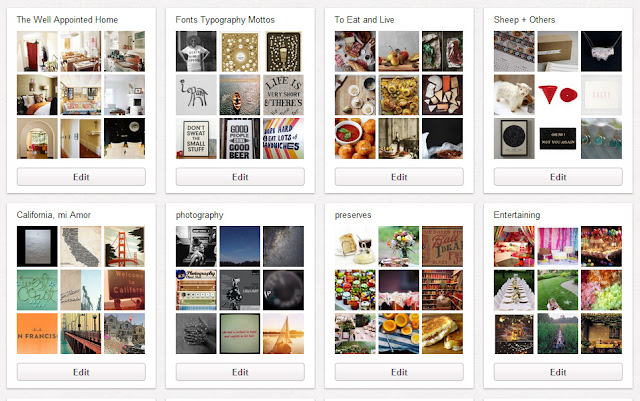 Email ThisBlogThis!Share to TwitterShare to FacebookShare to Pinterest
Tags personal