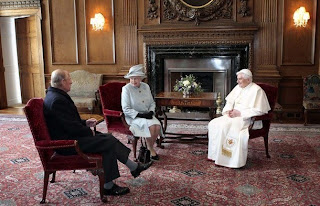 It has been so difficult for me to concentrate today, because all I want to do is watch the live stream of Pope Benedict in England.  (Oh!  How I wish I was there.)  There is just too much to talk about with regards to this visit.  My thoughts are often totally trivial ("If I were a man, I'd want eyebrows like Rowan Williams." and "Oooh!  Margaret Thatcher!  How is it that British women look so good in pastels?"), but when Williams and the Pope were speaking this morning, I was moved to tears.  I don't know (I'll have to read the transcipts) how profound the words were, but the symbollism just blows me over.

Anyway, I have nothing truly profound to say on this, so I'll let others do the talking.  Keep an eye on First Things, and Damian Thompson, whose coverage has been excellent.

+ Ok, ok, a few papal links--these were all from before the visit began, but are well worth reading: Damian Thompson, also in the Telegraph, Michael Burleigh says The Pope Deserves Better From Britain. And finally: Elizabeth Scalia (The Anchoress) writes about Benedict and Elizabeth  (meeting with Prince Philip, above), as The Twentieth Century's Last Great Figures:


This decade of believe-what-you-want truthiness has been disorienting and exhausting, and it makes the upcoming meeting between Pope Benedict XVI and Elizabeth II of peculiar import, for both of these octogenarians know all too well what happens when governments and ideologies loom too large, and distortion carries the day.

...Both Elizabeth and Benedict have seen war and its woeful aftermath, up close. They have watched totalitarian regimes advance and decline, and seen religion used as a justification for slaughter. They know what the rhetorical jackboot sounds like and how seamlessly it can advance; they can speak to our time, if we let them.

Over eight decades, much that formed this pope and this queen–from simple manners to excessive ritual–has been dismantled and reconstructed; the terrain must seem very odd to them, yet they have managed to remain faithful to their roots and callings. The churches they serve have been rocked by social upheaval, doctrinal controversy, and scandal, and both the monarchy and papacy are today facing criticism about the size and necessity of their offices, but duty, for these two, trumps personal comfort. Retirement is a luxury denied them.

I had a really hard time picking quotes for this piece.  Just go read the whole thing.

+ Also, the Vatican Library was recently restored.  GORGEOUS.  I don't want to get all Farenheit 451 (or, better, Canticle for Leibowitz) on you, but I am glad the Church still cares about books.  More book stuff: Fr. Schall, On Reading Books; Ray Bradbury on his love for robots (I can't decide if he's insane or a terribly wise!); and the PFIC's librarian on Books and Wisdom.
+ AND: I have found my career: a man in Brooklyn sells books out of a cart.  Jon Papernick is selling his own collection of short stories by hand, through the streets of New York:


“I am bringing back the lost art of hand selling — and this seemingly counterintuitive approach has really struck a chord with many readers accustomed to buying their books by Amazon.com or big-box bookstores or via e-readers.”

+ The best thing I've read all wek was Fr. Dwight Logenecker's story about seeing the relics of the true cross.  It's short, a breath of fresh air.  If there is only one thing you read from these clips, read this.

+ Though I complained earlier about the lack of summer fruits, I am so excited about fall fruits: pears, apples, quince, and, of course, figs.  Which reminds me: did you know that figs are inverted flowers (and not technically fruits) and that they are pollinated in a (very strange) symbiotic way by female wasps.  (via TheKitchn)

+ Continuing the England love, the Washington Post Magazine had a great article by an American who lived in Oxford for a while in last Sunday's issue.  Check it out here.
Also/Lastly/Awesomely/oh-my-word-I-can't-wait: 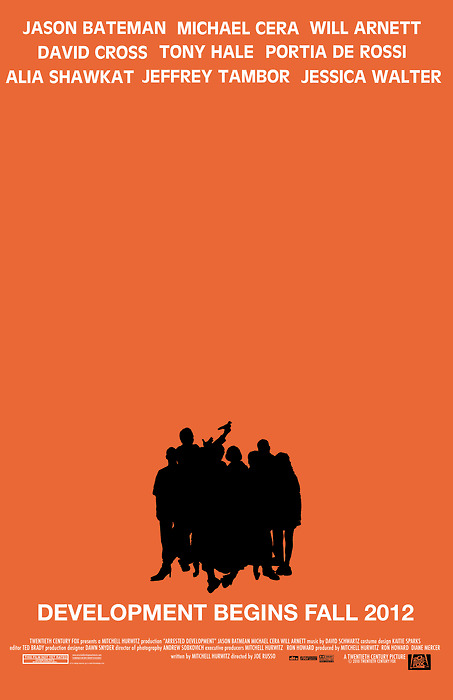